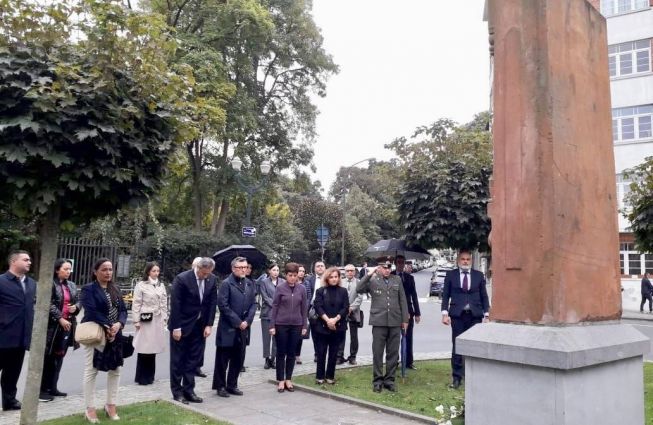 
On the anniversary of the aggression unleashed by Azerbaijan against Artsakh, Ambassador of Armenia to Belgium, Head of the Mission of Armenia to the EU Ambassador Anna Aghadjanian and Head of the Mission of Armenia to the NATO Ambassador Gagik Hovhannisyan laid a wreath at the monument in Brussels dedicated to the victims of the Armenian Genocide.
Very Rev. Father Zadik Avedikian as well as the staff of diplomatic missions of Armenia in Belgium were present.
A minute of silence was observed in memory of the servicemen and civilians who gave their lives during the war unleashed against Artsakh a year ago.
share:
MFA RA
official website
Dual citizenship
Electronic visa
Visaapplications