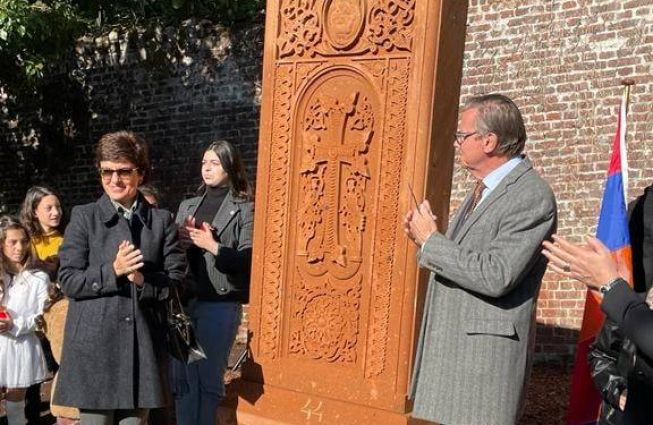 
An Armenian cross-stone (khachkar) dedicated to the memory of the victims of the Armenian Genocide was unveiled in Gerardsbergen in Flanders, on October 24. The khachkar will become part of the beautiful Abdijpark.
Ambassador of Armenia to Belgium Anna Aghadjanian, Mayor of Gerardsbergen Guido de Padt and Deputy Mayor Christine Vangeit delivered remarks, and Ter Khachatour Frangyan (Almelo-Holland) and Pastor Frans Hitchinson officiated at the ceremony.
We thank all those whose tireless efforts brought this project to life and welcome the brilliant example of the efficient cooperation between the Armenian community and the city authorities.
The blessing ceremony of the khachkar monument was performed by the Venerable Father Khachatur High Priest Frangyan and Pastor Frans Hitchinson of Gerardsbergen.
share:
MFA RA
official website
Dual citizenship
Electronic visa
Visaapplications